After the close and packup of the 2012 show I decided that I really needed to work on a better minitree design. My existing trees have 100 RGB LED’s over a black mesh and do look quite good and neat for what they are, and considering they are 6 seasons old, they have done quite well over the years.

While looking for snow machines on eBay, I found 8 120cm white Christmas Trees for $132, delivered, so a week later they arrived. 150 5V RGB LED’s cable tied to the tree, with power injection each 50 LED’s and we have the following comparison video….

Last year I wanted to do singing faces, but the design I found looked horrible. Thanks to the internet someone put up a picture of a singing Christmas tree and I was hooked.

The 2 test boxes for this year also arrived. These $25 boxes are 240mm x 190mm x 160mm, and around 2mm thick walls, which makes them pretty tough. I’ll be replacing all of the “Masters” boxes sourced last year with these as they are a lot more waterproof and stronger.

I decided to do a comparison of the old “Masters” box and the new box to be used this year to test their waterproofing. A piece of blue cloth was placed inside each box, and the box was “rained on” with a sprinkler for 10 minutes. I’ll let the pictures tell the story…

The upgrade to the housing for the controllers for the pixel matrix was completed this week. 2 Masters boxes were replaced with a single smaller box, as well as a bit of work done to strengthen the screen housing as well

A small update showing the update to the 27 channel controllers that are done here. This allows the controller to handle more than 15A in total, and when combined with a second power injection point, the boards have been tested in excess of 30A total.

I struck an issue this year with LSP and the Megascreen matrix, and the easy fix has been to multicast the data instead of Unicast it. The issue there is that the data is sent to each and every controller, rather than being routed to just the destination. In changing to Multicasting, the downside is that I will need to split the show PC off from the rest of the house network, but this is no great issue. The other disadvantage is that my E16, which drives the megatree, does not like masses of data multicasting on the network, so it fails regularly. To fix this issue I am replacing the E16 with a brand new J1Sys P12S controller.

Completed the updates for the megatree lighting strings, as well as the final P12S box upgrades. The lights have been put up in the shed to allow further testing, and this week I have spent a few days trying to work out the issues with LSP, e1.31 and various controller configurations without luck.

Basically the issue has been that I often will test a controllers output by turning it on during testing. LSP has already been started and is outputting, and switching on the controller sometimes works, and other times it causes the network traffic to grind to a halt, thus stopping the “Show”. At the moment this is not a critical thing, but is annoying during testing when controllers are turned on and off regularly.

At the moment I have worked out I have something like 13,500 channels in the shed, hung up ready for testing, and they are regularly being tested to ensure there will be no “Surprises” this year in the show, as well as to see what certain effects really look like on the items themselves.

A few controllers have been modified to run on 5V, rather than needing to run pDMX to those boxes, as this really makes cabling much simpler.

Due to storage of sequences from the 6 years, plus this years sequences, I ended up buying a NAS Box which will live somewhere in the shed once I get some drives to put in it, probably in the new year.

LSP is looking great so far, and the new scheduler is simply brilliant, and should fix almost, if not all, the issues I had last year with pausing, stuttering and halting of the show.

A small upgrade to a Gigabit switch for the show will eliminate any possible bottlenecks from the switch end as well, so that should help a bit too

The LED faces, built a while ago are looking great, and 2 songs will use them this year. Testing has shown that the songs and face keep perfect timing, so I am happy. I tried LSP 2.5 and it struggled with the same sequence so 2.8 seems like a winner here.

My order of Ray Wu 5cm diameter balls for the trees has arrived, and I will start to set them up into 2 groups of 70 and 2 of 50 for the 4 trees in the yard.

1 song has been finished, 1 more half done, and 2 more planned soon,  plus I will most likely add many of the older songs, but just 1 per night, so I think I have 7 older songs than can easily be added to sequences… I hope 🙂

Balls are sealed, and have been running tests for the last 24hrs.

What idiot invented 2811 Pixels? I have had 2 weeks of hell with these pieces of trash. With 2801 pixels I ran the power down 2 wires of some alarm cable, Data and clock down 2 more of the same alarm cable. I often had runs of 8-10 meters and never had an issue with doing it this way. 2811’s do not work this way with runs longer than about 2 meters.

I ended up remaking all 4 cables with the data and a reference earth running down a pair of cat5 cores, and the power down the alarm cable. This was the only way I could get reliable data flow to any of the strings. I will never buy 2811’s unless I have no other choice in the future!

Moving the controller closer was not an option, and this controller runs a LOT of other items from a central point in the yard.

Spent a bit more time sequencing, and upgrading the P12R box that drives the Pixels from the corner of the yard. 6 12V outputs and 6 5V outputs, plus some power injection points for both voltages are now squeezed into the box, making things much easier for connections and future upgrades.

I had to have a break from the lights due to work and other commitments, and we  went to Dubbo for a few days with the family to go to a burnout comp where a work colleague is running his car in the Pro class. 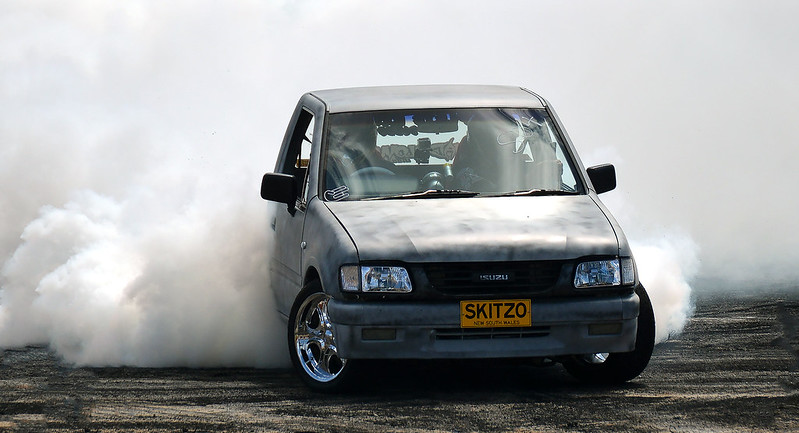 Yet another burnout comp, Burnout Mania 2, photographed today at Eastern Creek… I really should get back to the lights, but this is so much fun. This time I shot with one camera, and my son shot with another, taking some great images on the day, including the one below. 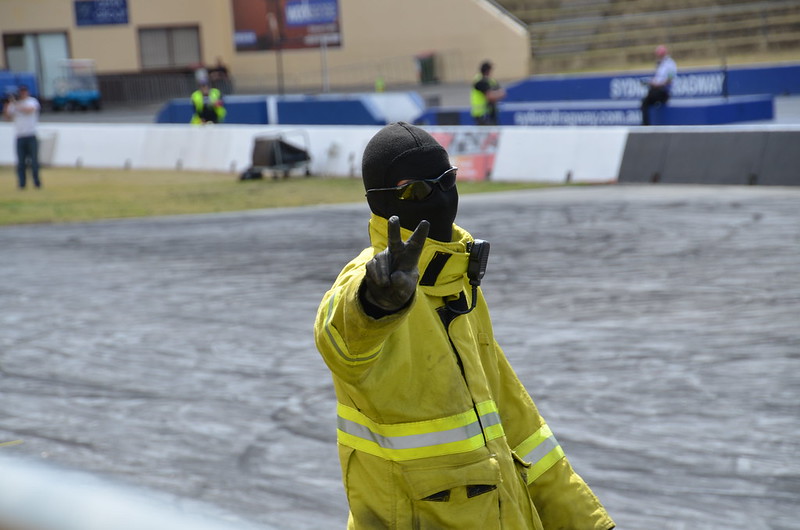 Loads of last minute testing, fixing, swapping out, plus a failure of an order to arrive from China by the start of last month as promised (it’s been 7 weeks now – argh!), meant I had to use the old LED’s to outline the house once again this year. I was lucky to have just enough LED’s to redo the ropelights destroyed when the contractors installed our Solar Panels earlier this year. Yes Dr Green, your installers are assholes!

The majority of the lights are connected up and tested now, with the inside silhouettes, miditrees and a couple of ropelights left to do next week.

Once the lights are up and running I will add a map to the front page of the website showing our location.

The Show ran well on the 26th, with a few bugs and errors being sorted out and tested again later that night (ok more like 1AM today).

Ropelight added to the top of the roof a little while ago, leaving just a few small items left to put up for the show to be complete.

Well the show is live, with 3 new songs and 2 old classics from previous years.

I will be adding some more songs over the month, so watch out for announcements.

I had resisted the urge to create a facebook page for way too long, so I finally created one this week. There will be images, videos and more added to the page over the coming weeks. Please share it and tell your friends. We will be adding some off-season information to it through the year as well, so keep and eye out there too.